10 Birthday Games for Preschoolers That Will Always Get Laughs

10 Birthday Games for Preschoolers That Will Always Get Laughs

No matter what your birthday theme or budget is, whether you are going to rent a place or simply do it at your own home, or how many people are going to be invited, these funny and simple games will make every birthday party a success.

Two bits of advice to keep in mind:

Here are the 10 Birthday Games for preschoolers that will always get laughs:

Gather the children in front of you and tell them that you have lost all the important colors and you need help to find them. 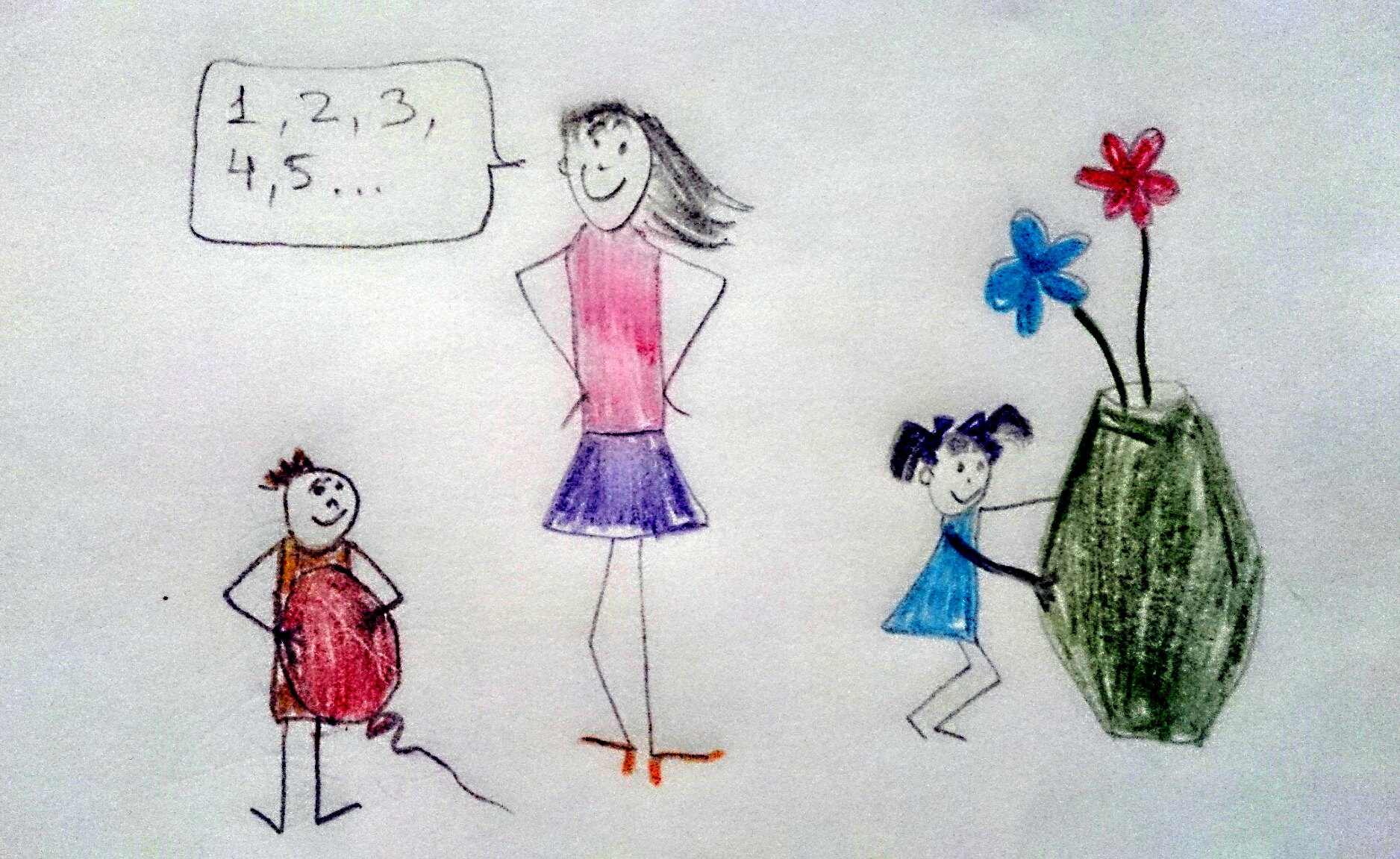 Explain that when you will name a color, and while you count till ten, the children should find something in this color around them and touch it. Children who don’t find anything in this color by the time you count to ten are out. Do not forget about little prizes to make it joyful for everyone, even for those who loose.

Pick a child and explain that you will ask him some questions, and he can give only one answer to all of them: “A bagel.” Prepare a list of funny questions beforehand and start asking them. Examples include: 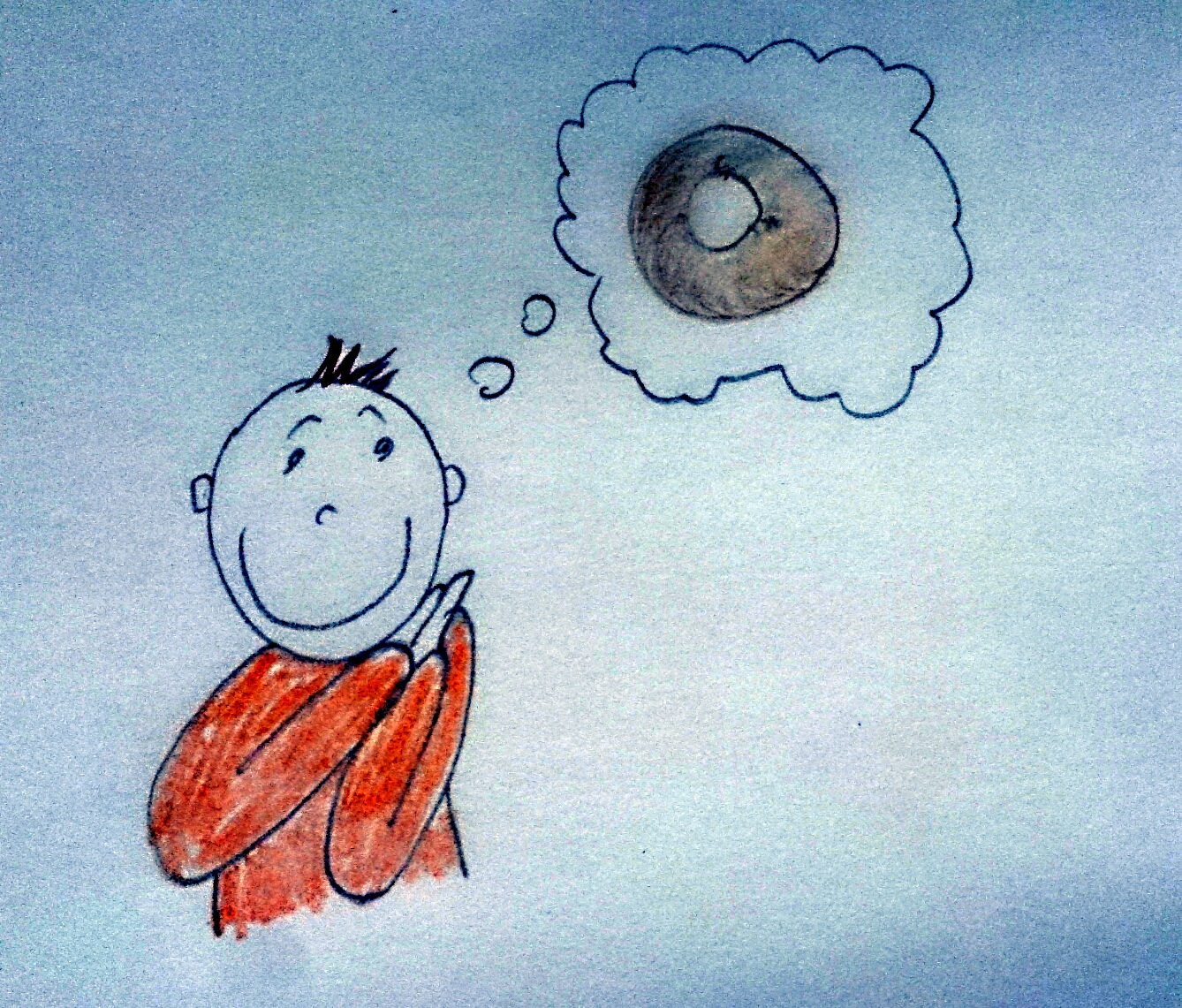 You can imagine how much laughter will follow every “Bagel” reply. A child is out if he answers something else instead, and then the next child gets her turn.

Ask the children to form a circle. You can stand in the middle of it and show them a ball in your hands. 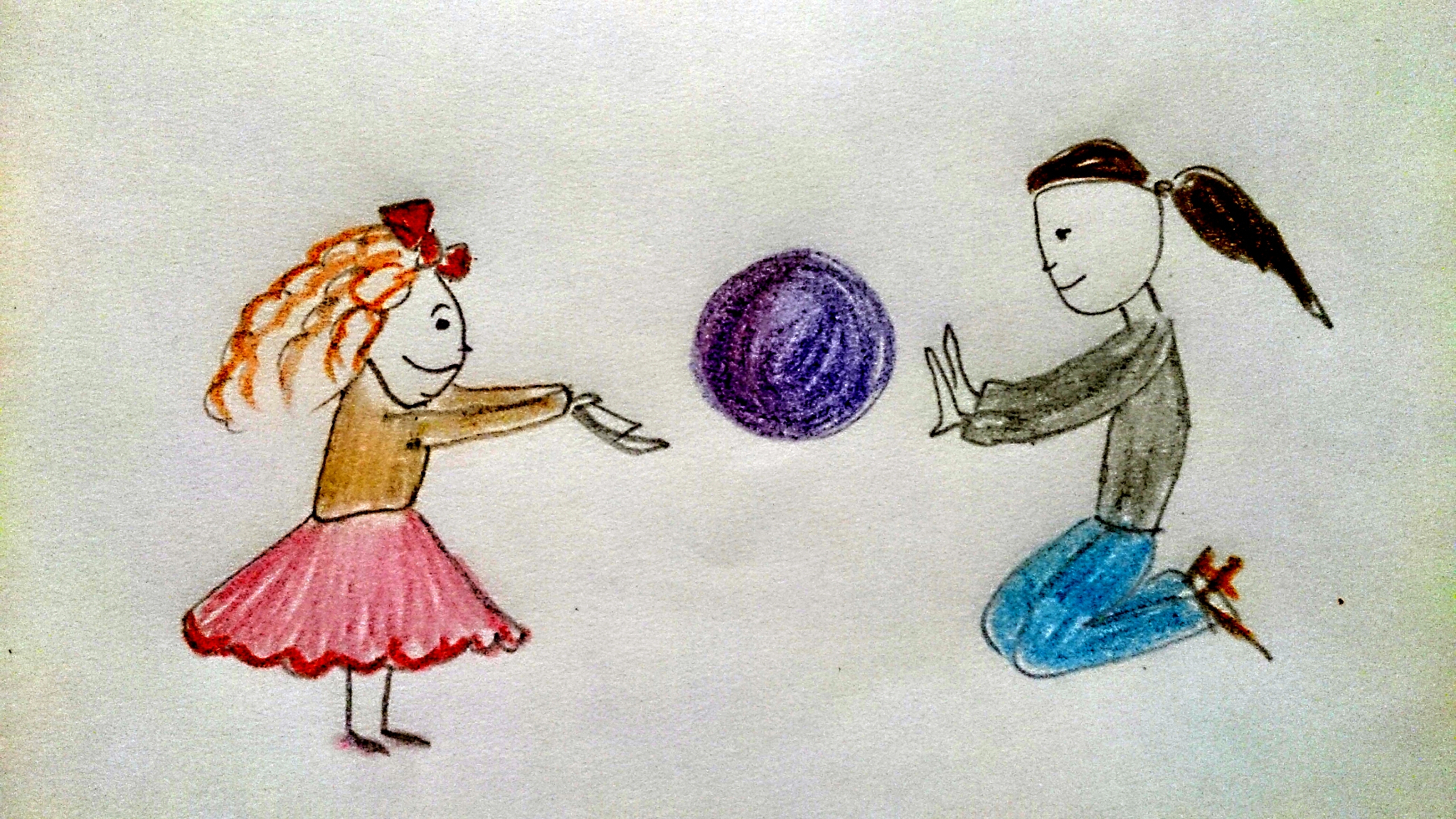 Explain to them that you will start naming different objects while throwing the ball to each of the children. If the object you name is eatable, they should catch the ball, if not they should bounce it back to you. This game is always followed by bursts of laugher, when children find out that, for example, “a door” suddenly becomes quite eatable.

Ask two parents to hold a rope about three feet above the ground. 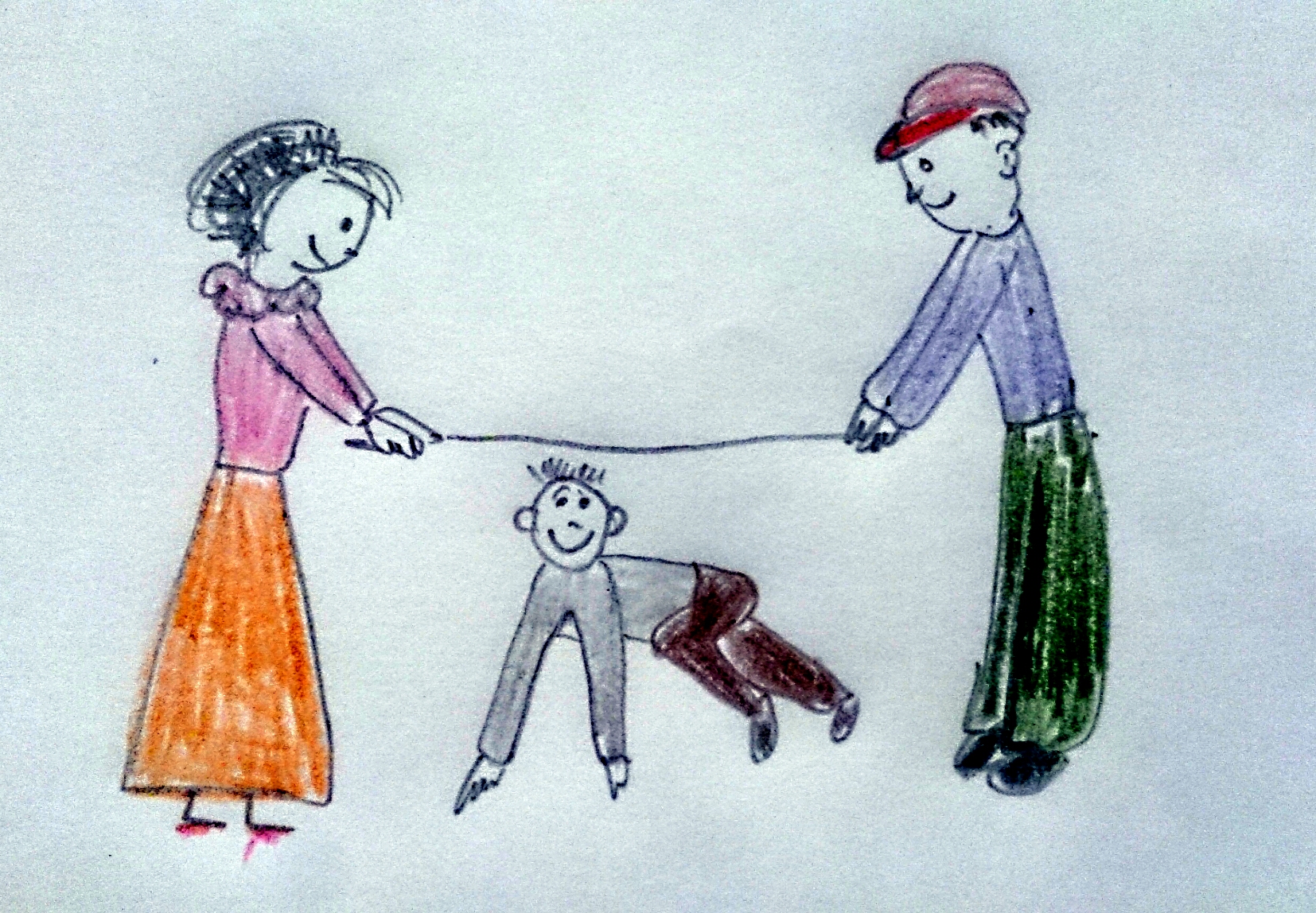 Gather children in a line and explain that they have to walk under the rope. When all of them successfully do that, lower the rope a few inches down, and start again. Do this until the rope is so low that the children have to roll on the ground to be able to go under it.

Gather all the children around you and explain that one of them should leave the room for a few minutes. While he is away, decide with the rest of the children which daily activity they can show to the child when he is back. 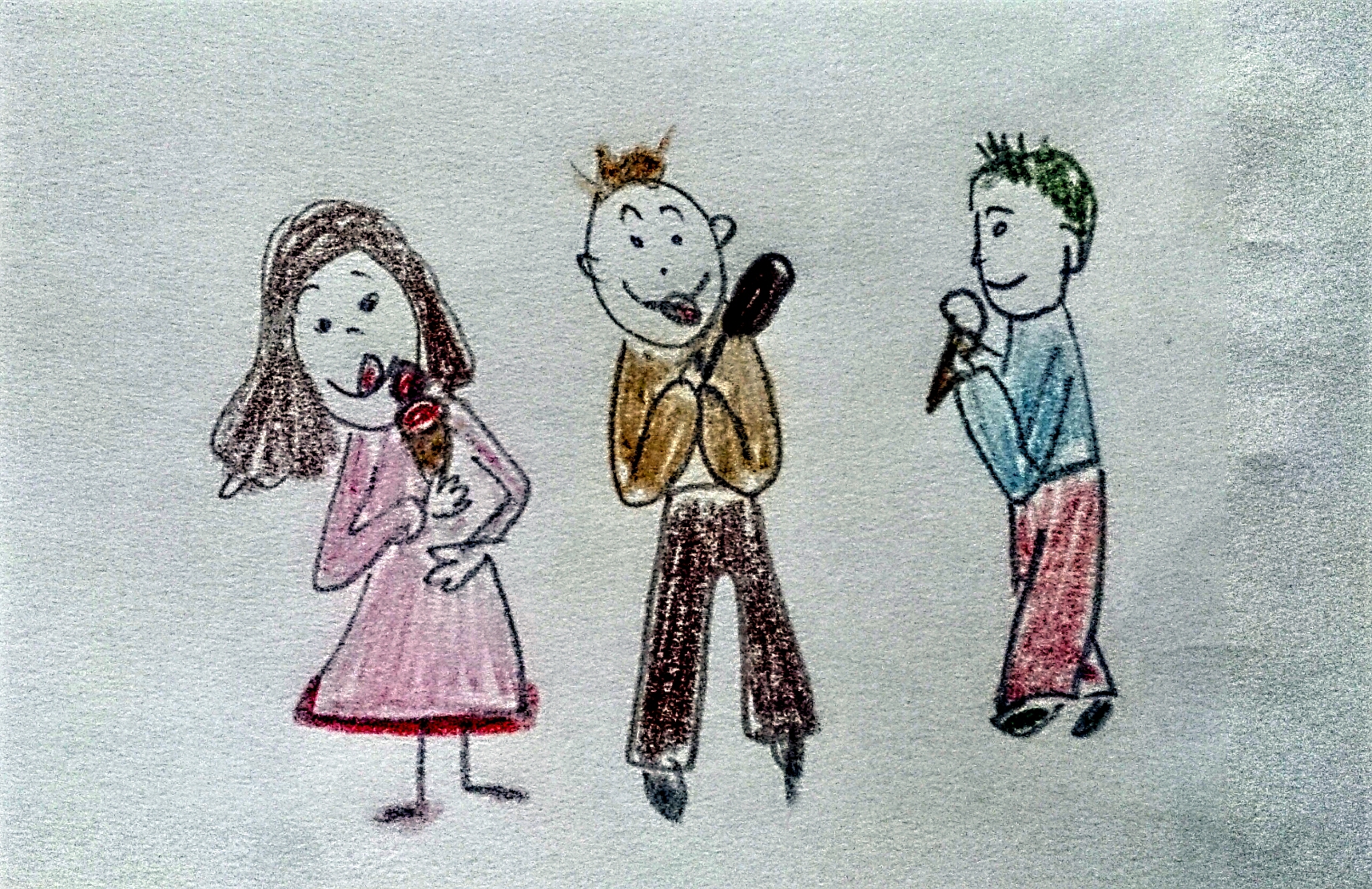 Explain to them that they cannot talk while they are showing what it is. Choose something simple, like bicycling, teeth brushing, playing soccer, etc. Then, when he is back, ask the rest of the children: “What did you do today?” and they will act it out until the child guesses. Once he guesses, another child will get a turn.

You need two rolls of toilet paper for this game. Pick four children and split them into two teams. 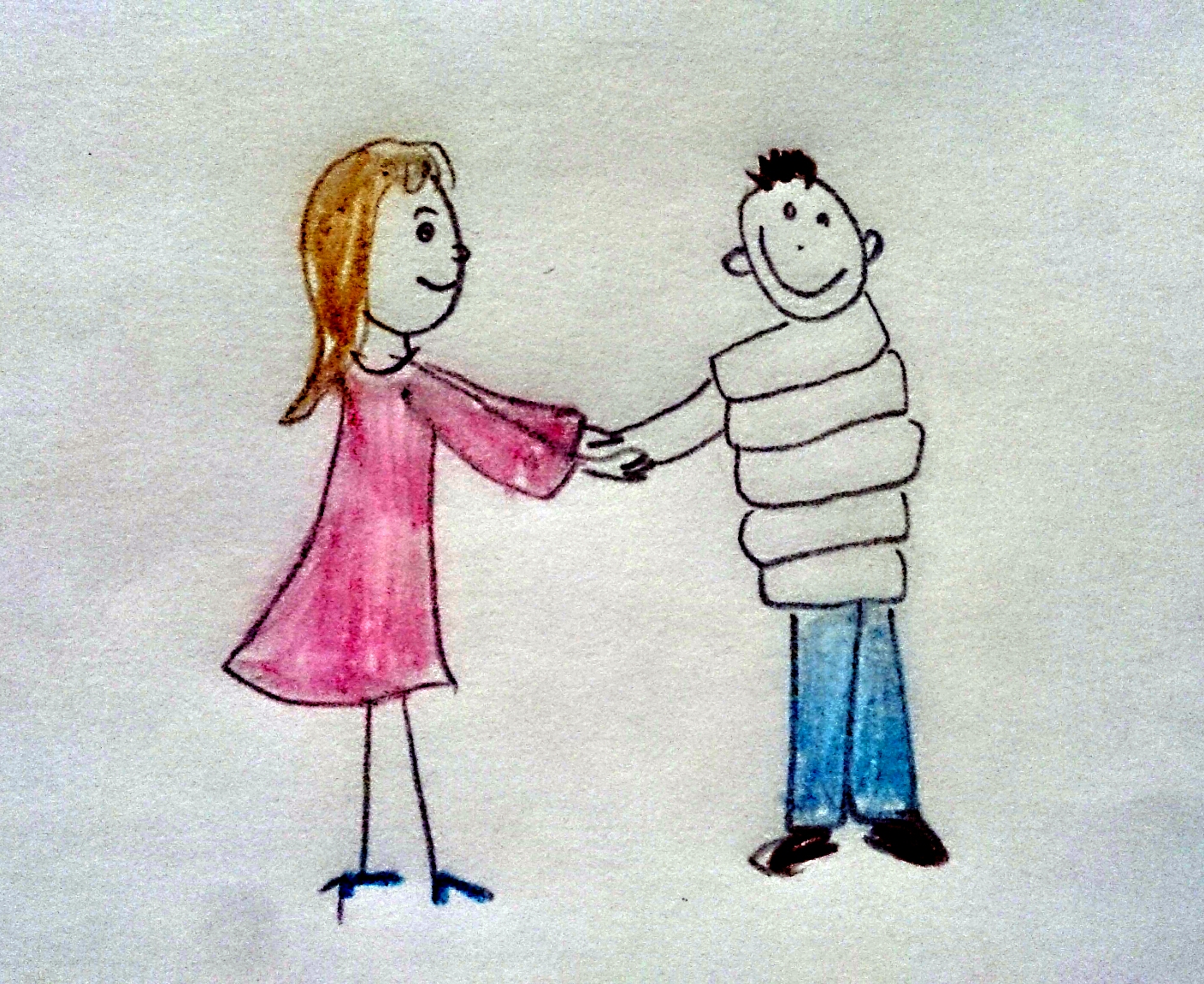 One child from each team should stand still, while another team member rolls toilet paper around her friend trying to cover as much of her friend’s body as she can. Put some funny music on while they play. When the children are done, ask all of the parents to applaud to each mummy. Be sure to prepare plenty of paper rolls, since every child will likely love to be a mummy and to make one! 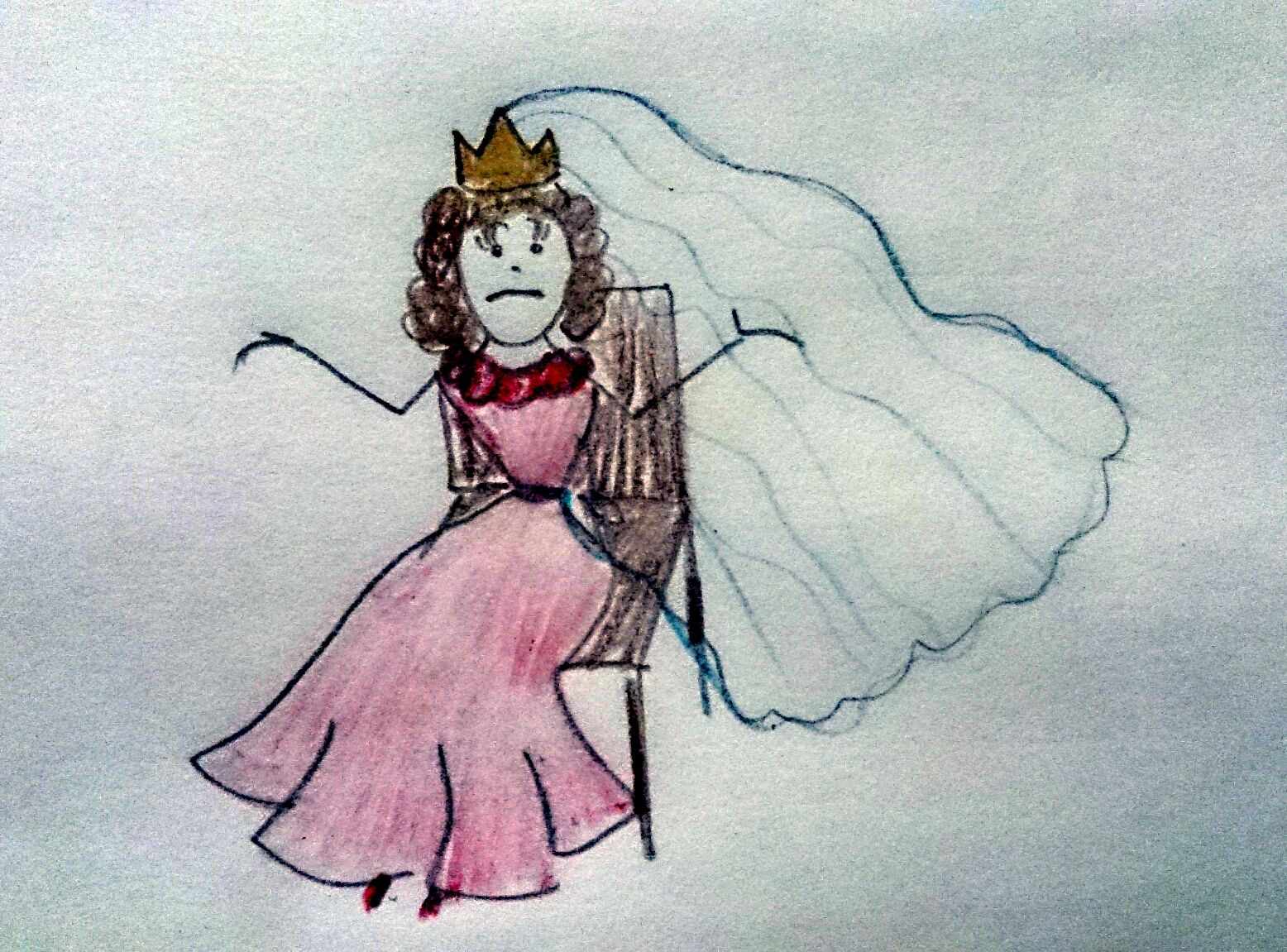 If all the children in the party know each other very well, then you can play this awesome game. 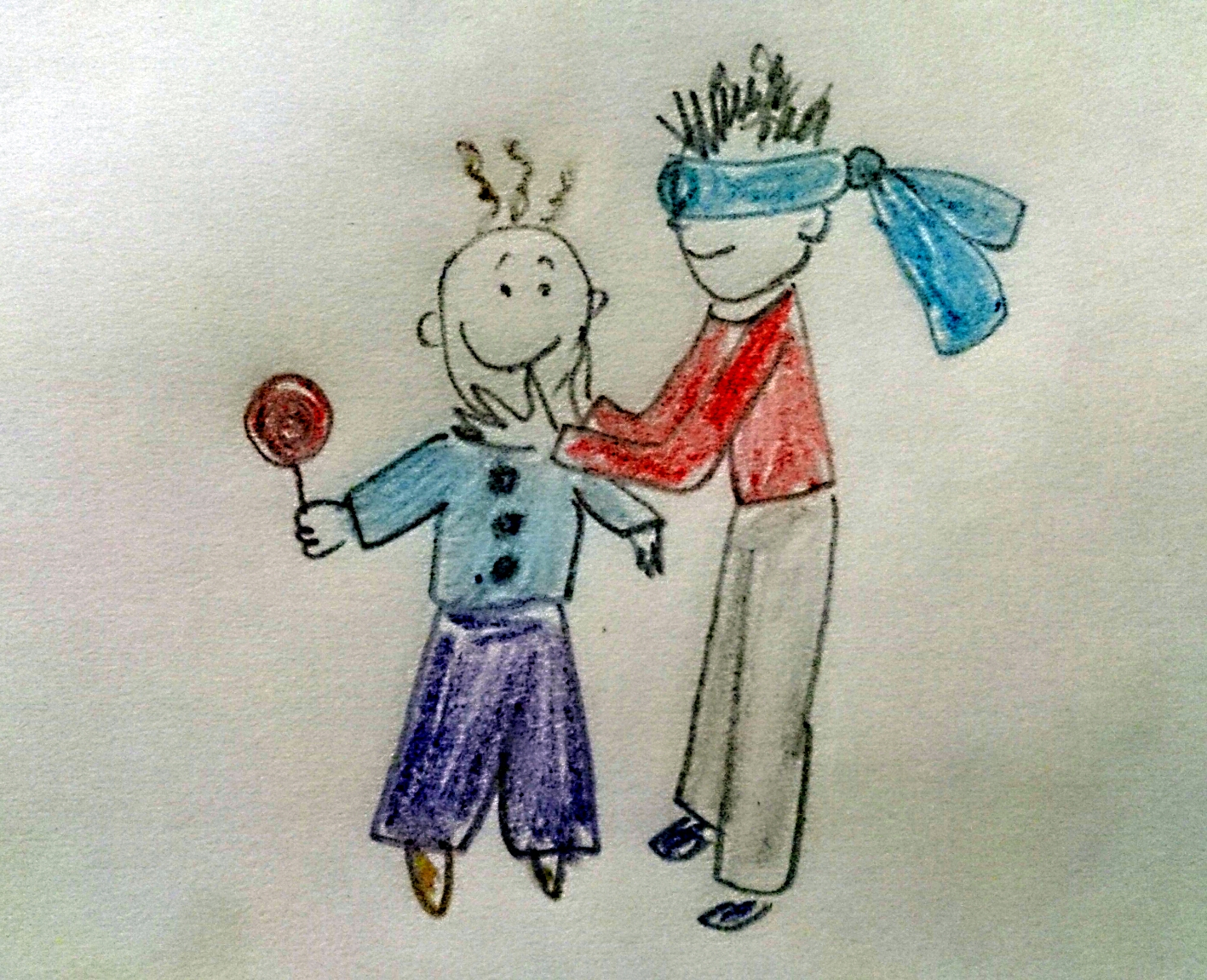 Pick one child and tie a scarf around his head to cover his eyes. Choose a friend, a parent or even a stuffed toy to stand in front of the blind-folded child and explain that he has to guess who is standing in front of him. The child can use his palms to feel a person by moving them around the person’s face, hair and clothes.

Prepare in advance a few small paper balls by just rolling pieces of paper into balls. 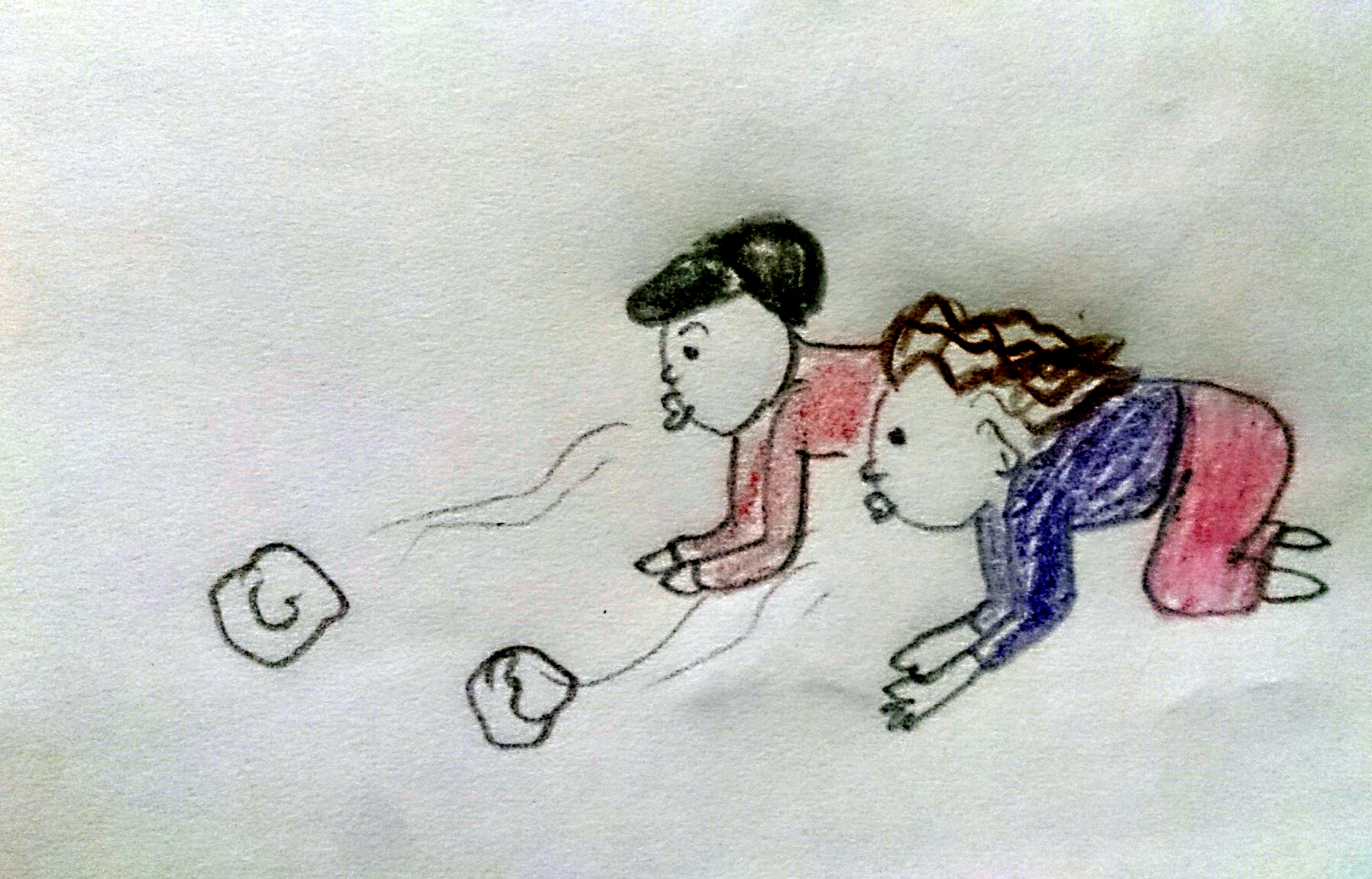 Show the participating children the starting point and the finish line of the race and explain that they cannot touch the balls: they can only blow them forward. The child who gets the first ball across the finish line, wins.

It’s time for quieter, but no less funny game. 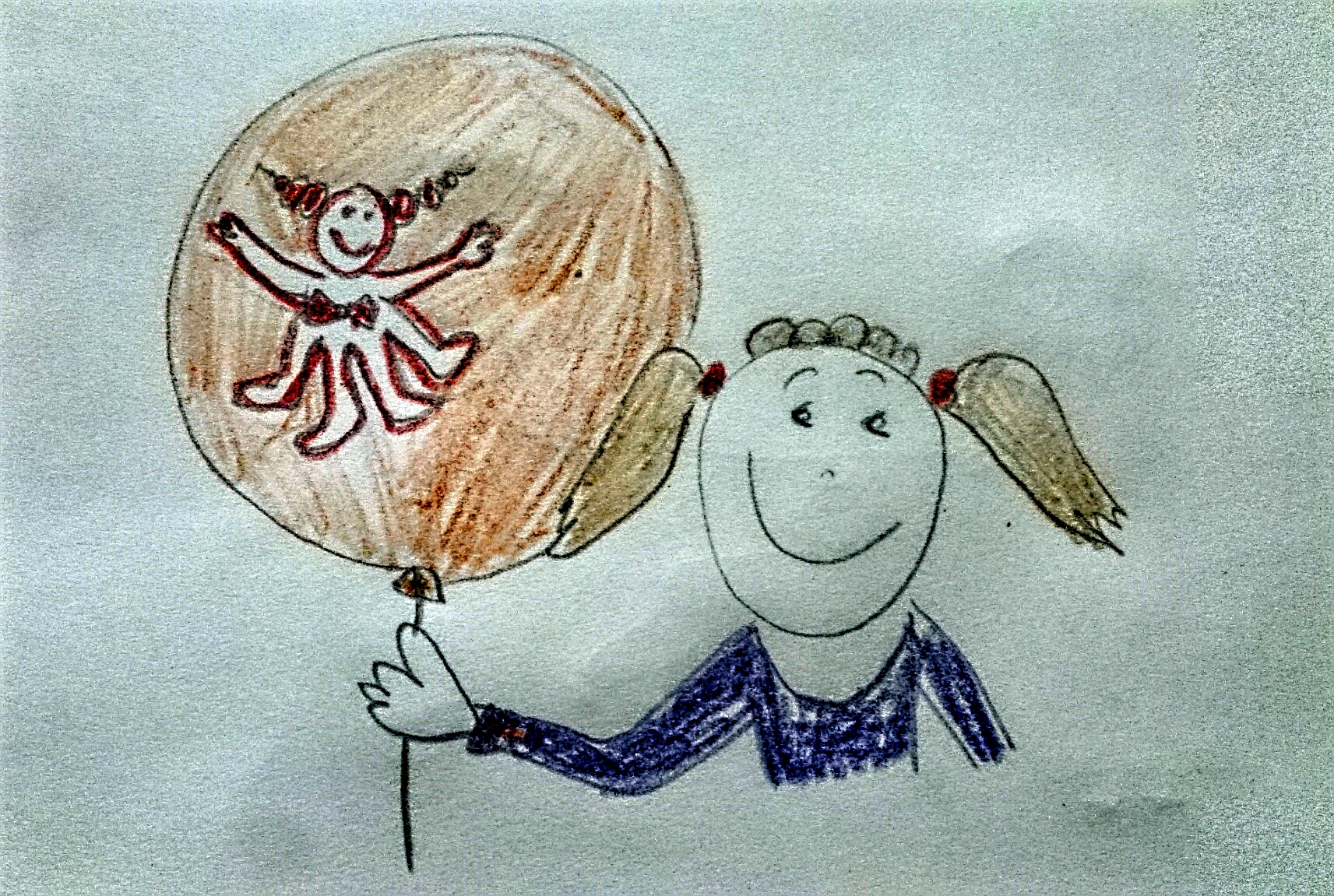 Give a balloon and a few markers to every child and tell them that they are holding different planets – Mars, Jupiter, etc. Ask them to draw the aliens who inhabit these planets on their balloons. After the children are done, show off every balloon one by one for the parents to see and applaud.

Again, do not hesitate to involve parents in these games in the first few rounds. It will help the children to understand the games faster, as well as engage parents and children in the same fun activity!

Have fun, and don’t forget to take some pictures!