How Playing Music Can Help Your Child’s Brain Development

How Playing Music Can Help Your Child’s Brain Development

When we watch a pianist playing a musical piece, we might think what he does is simple enough. It seems he just uses two hands to play piano keys, while reading his notes at the same time. But what he (or we should say, his brain) does, is much more complicated than that. Simultaneously, his brain is: 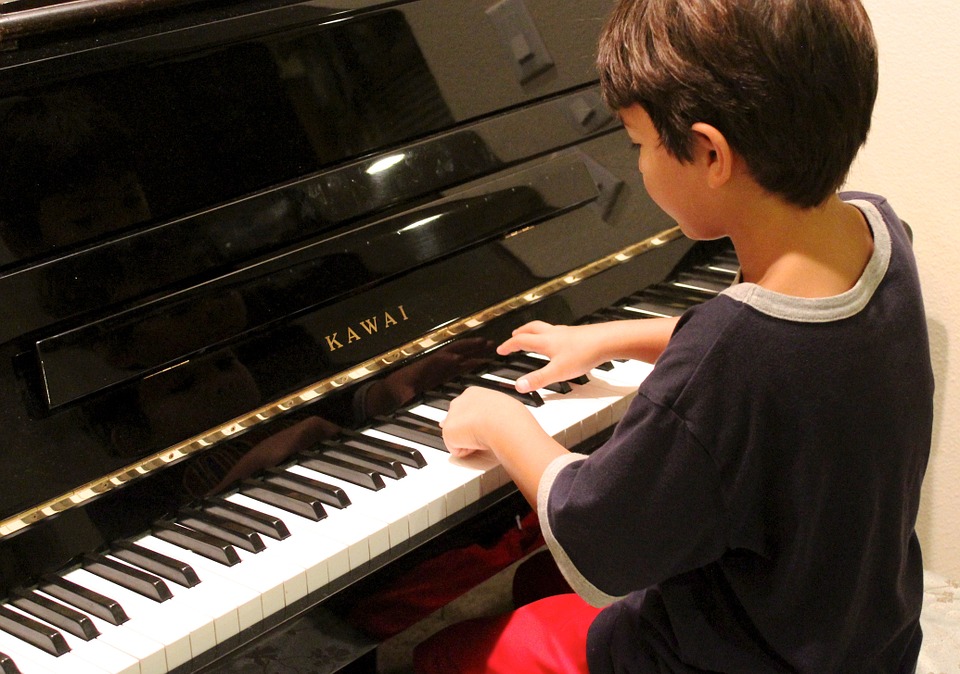 When this process is happening, his brain becomes active in many different ways at the same time. It builds unique connections between different parts of the brain and makes the brain more adaptable. No one other activity (mental or physical) can engage as many brain parts at the same time, as playing music does.

Basically, research shows that playing the piano—or any instrument—gives the brain a mental workout. This, in turn, can help develop a surprising number of skills, which is why it can be so beneficial for children to play an instrument.

This video by Dr. Anita Collins from the University of Melbourne is a great introduction for these ideas.

Neuroscientists continue publishing more and more research that shows how important playing music can be for children. It benefits their brain development in many different ways and builds their character.

Here are the main mental benefits that playing music can give your child.

According to the new research, published in the online magazine The Telegraph, playing music regularly can change the brain shape and enhance its abilities. It boosts many functions of the brain, and cognitive functions especially, like attention, memory and language development. The earlier a child starts learning how to play a musical instrument, the stronger her language skills and memory will be impacted and improved. (the source is here http://www.telegraph.co.uk/news/science/science-news/6447588/Playing-a-musical-instrument-makes-you-brainier.html)

When a musician is listening to an orchestra, he is able to hear many things at once. For-example, he can identify different instruments, changing rhythms, music arrangements, or some harmony. This ability to pull out different musical components is the same skill that allows your child to also deal with multiple pieces of information at the same time in the same way. So this skill can translate into the ability to comprehend and process the information faster, while also improving hearing. This is all according to Nina Kraus, Auditory Neuroscience Laboratory at Northwestern University in Evanston, Il., in the following story: http://abcnews.go.com/Technology/living-longer-learning-musical-instrument-protects-brain-memory/story?id=15482696 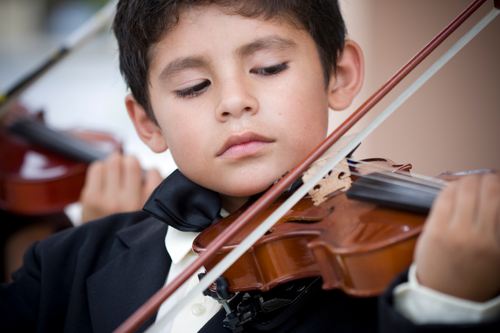 Reading music is basically reading another language. It’s not as difficult, as to learn French, but it’s still a language. When a musician is reading musical notes and other musical symbols, as well as complicated rhythms, he engages the same parts of the brain, which are responsible for reading and comprehension. Studies have shown that preschool-aged children who have been introduced to musical lessons on keyboards, had higher scores on the comprehension tests, according to National Association for Music Education. (You can see their research here http://www.nafme.org/take-action/what-to-know/all-research/).

If we go back to the description of what a pianist is actually doing during playing a musical piece, we will see that it requires an enhanced ability to concentrate and multitask to be able to do it. Children can use these skills throughout the life, and not only when playing music.

Musicians generally play two different musical pieces with two different hands. That creates new neuro-connections in their brains between the left and the right hemispheres. The ability to use the brain’s right, creative part, and the left, logical part, simultaneously becomes a very valuable skill. Some people call it “thinking outside the box” skill. This skill can translate into the rest of their life as children can both learn how to solve problems faster and find different ways to approach problem solving, according to Vanderbilt University psychologists, in the following story http://news.vanderbilt.edu/2008/10/musicians-use-both-sides-of-their-brains-more-frequently-than-average-people-65577/ 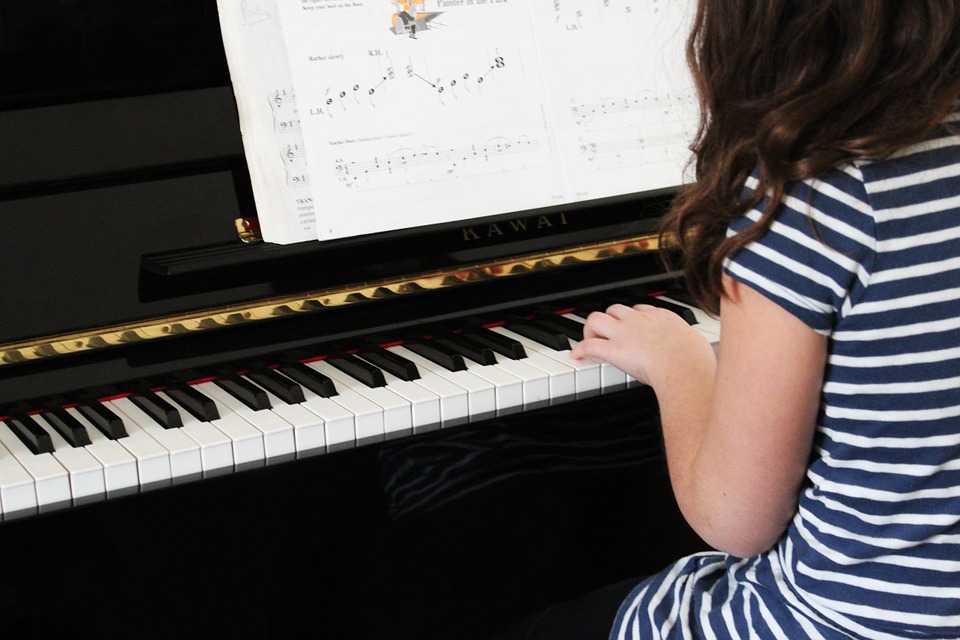 Some studies show that playing music can increase a child’s IQ by 7% in average, according to Lutz Jancke, a psychologist at University of Zurich.

Understanding the emotional side of music can benefit executive functioning, according to Nadine Gaab, PhD, from the Laboratories of Cognitive Neuroscience at Boston Children’s Hospital in Massachusetts. Executive functions are a variety of mental skills that help people get things done. These skills help you do things like plan and organize, manage your time, and pay attention to details. These skills require a strong connection between both cognitive and emotional functions, which is exactly what playing music can develop (You can read more about this here: http://www.medscape.com/viewarticle/827116) 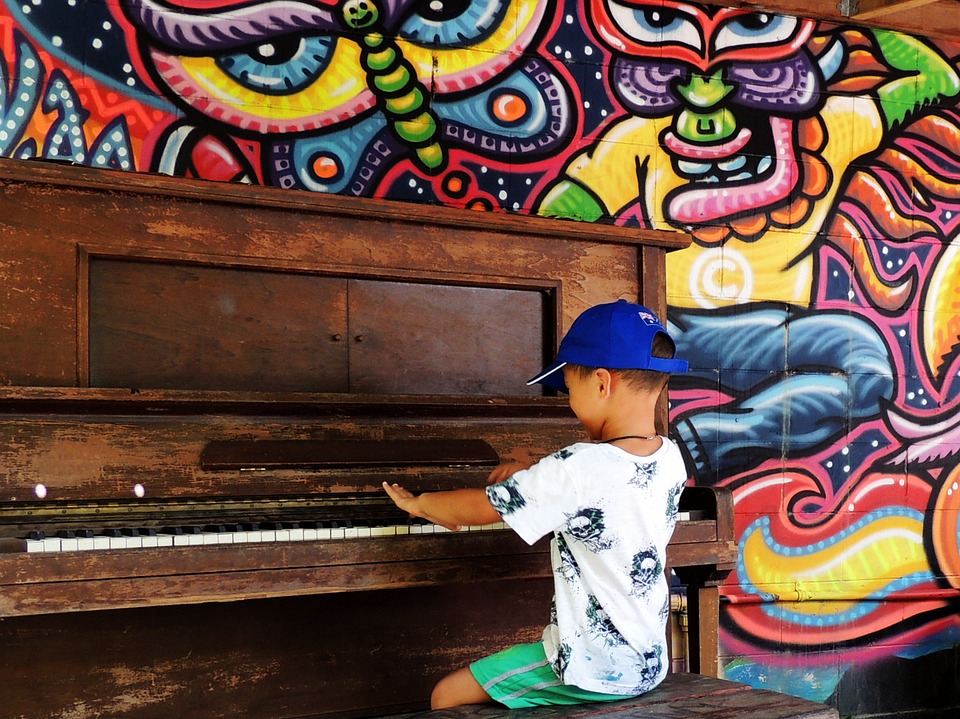 There is evidence that shows that grit and learning a musical instrument go hand-in-hand. But researchers do not know, which comes first – grit or playing music. However, a child does have to become persistent, determined and resilient in order to learn how to play a musical instrument.

Yes, learning to play a musical instrument can greatly impact your child’s brain development. It might help him in many different aspects of his life. Children who practice music from an early age can do better not only academically, but they acquire a lot of very important skills, which can help them to succeed in life. They also learn, that these skills and their musical achievements are rewards from their practice, discipline and persistence.